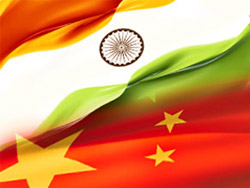 The India-China Comparative Studies Programme conducts research on issues concerning labour, social welfare, public health and education in a comparative perspective. The studies include critically studying the developmental experiences of India and China and the convergences and divergences in the approaches.

Labour Relations in Leather Goods Manufacturing in India and China

States Responses to Social Welfare in China and India: A Comparative Study of the Workers in Small and Medium Enterprises

Since embarking on market reforms, the state in China and India has evolved different strategies in addressing the question of social welfare. This project seeked to examine the Chinese and Indian state vis-à-vis its responses and approaches towards social welfare in institutional terms, in the context of the changing economic visions of the governments that had direct implications for the ‘permanent employment, job security and other kind of welfare that was available to the industrial working class. Read more

When India and China became republics in 1947 and 1949 respectively, both adopted a very modernist conception of sovereign statehood, which conceptualised sovereignty in strictly territorial terms. Expectedly, this engendered ideological and political troubles for the newly formed units. Particularly, the Indo-Naga and the Sino-Tibetan political landscape have been marked by conflict and contention ever since.

Both New Delhi and Beijing’s approach has been to put in place a number of policy measures to contend with at least the socio-economic roots of ethnic minority discontent and sub-national identity assertions. The socio-economic dynamics, however, are embedded in the political complexity of the two problems and therefore, any meaningful engagement demands complex analysis. A comprehensive review of the two issues in a comparative framework is not only unique, but also highly relevant.