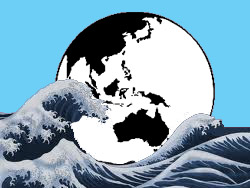 The East Asia Programme began in 1999 with a project on the Asian Construction of Asia supported by the Japan Foundation. The aim of the programme is to encourage research on Japan as well as comparative research within the Asian region. As part of this effort, two India-Japan conferences on China were organised in collaboration with the Japan Foundation. These conferences have brought together Indian and Japanese specialists on China for the first time and have opened the way for future collaborative projects.

Initial contacts have also been established with China and Japan specialists in Australia, Thailand, and other parts of Asia with the aim of increasing scholarly exchange and discussion and to promote innovative research projects that will contribute to a better understanding of this region.

The East Asia Programme of the ICS has started the East Asia Series (Brij Tankha editor) to publish monographs and occasional papers covering subjects in history, political science, economics, culture, translations, and other areas relevant to the region. These will be refereed publications. We particularly welcome writing that explores subjects within a comparative and trans-regional perspective addressing issues of concern to both an academic and a general audience.

Inequality in A Rising Asia: Environment, Politics and Society

India and Japan: Roads to the Modern

Publication: Edited, Shadows of the Past Of Okakura Tenshin and Pan-Asianism,  (Sampark, Kolkatta, 2007).

Conference of Ph. D scholars from India and Japan in collaboration with the Tokyo University of Foreign Languages

Publication: Edited with Awaya Toshie, Yoshida Yuriko, Debating the Past; Conference of Research Scholars from Japan and India, Tokyo University of Foreign Languages, 2005.

A Seminar on Remembering the Russo-Japanese War of 1904-05

Organised by Institute of Chinese Studies, Delhi and  Japan Foundation.

The Second India-Japan Seminar on China for the Institute of Chinese Studies and The Japan Foundation, Re-Interpreting Asian History and Nation and Race in Modern China

Organised by ICS and Japan Foundation.