Xinjiang and the Chinese State: Violence in the Reform Era 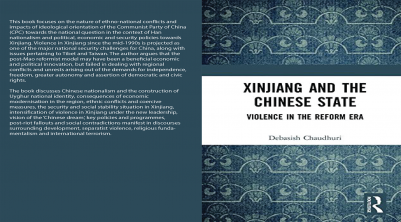 This book focuses on the nature of ethno-national conflicts and impacts of ideological orientation of the Communist Party of China (CPC) towards the national question in the context of Han nationalism and political, economic and security policies towards Xinjiang. Violence in Xinjiang since the mid-1990s is projected as one of the major national security challenges for China, along with issues pertaining to Tibet and Taiwan. The author argues that the post-Mao reformist model may have been a beneficial economic and political innovation, but failed in dealing with regional conflicts and unrests arising out of the demands for independence, freedom, greater autonomy and assertion of democratic and civic rights.