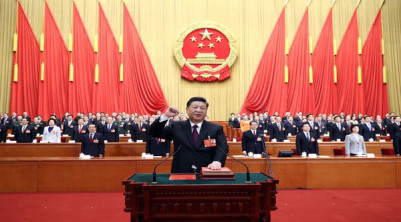 Is China’s reform era over? Observers stand divided about President Xi Jinping’s tenure (2012-). For China, 2020 is critical, as China approaches its first centenary goal in 2021.

On one hand, Xi has been hailed as China’s Chairman of Globalisation (CoG) and as the ‘Third Revolutionary’ (after Mao and Deng) of the new times; on the other hand, critics are less than impressed with the reversal of moderniser Deng Xiaoping’s reforms (gaige and kaifang) under Xi. Simply understood, the reversals have translated as ‘re-centralisation’ with Xi at the ‘core’ (hexin). Critics have  panned this as leading to political repression, lower ‘new normal’ growth and controversial foreign policy stances that have back-fired. Notably, China’s overtures in the South China Sea and China-US trade war have been mis-steps. Viswanath takes a look at Xi’s ‘new era’ (xin shidai) that coincided with China taking its place as the world’s second largest economy (in 2010). An insight into Xi’s reform measures under the up-dated rubric of  Deng Xiaoping's "socialism with Chinese characteristics" and its attendant complexities enables an understanding of the fate of Deng's reforms.