The United States-China Trade Confrontation and Implications for India 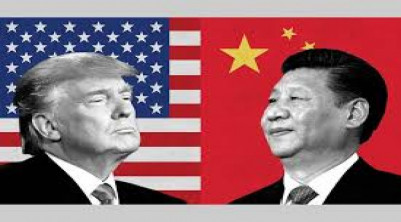 An unprecedented phase of trade retaliation has erupted between the two largest trading nations of the world – the US and China. Together, the total trade engagement of the two countries in 2016 topped $7.3 trillion or about 23 per cent of global merchandise trade, and any drop in their bilateral trade bears diverse implications for the world’s exports and imports and for India. The trade dispute intensified after the US Trade Representative (USTR) report on China's industrial and investment policies and is the most obvious manifestation of the two countries' larger quest for geopolitical strategic and technology dominance.

The paper finds that India would not benefit from trade diversion if the US and China look for new import sources. As per the analysis, India’s exports to both US and China of products on which tariffs have been imposed is almost negligible. India either lacks manufacturing capacity or faces trade barriers in most of these products. Further, India's export effort would be impacted adversely if world trade decelerates due to negative spillovers on global value chains. There is a possibility that investment from the two countries to India could increase, as their mutual FDI flows have suffered. India should aim at promoting such investments. In addition, India must guard against losing out in the evolving technology contest.