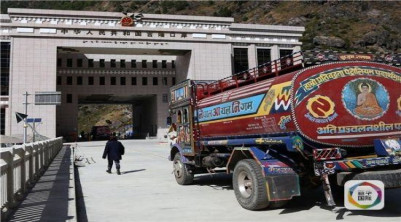 In the Nepalese Himalayan borderland, the recent flurry of infrastructure building signifies the amalgamation of two ambitious plans – Nepal’s state-building through technological advancement and China’s massive ‘Belt and Road Initiative’ (BRI). Of the two, Chinese priorities dominate. Major infrastructural projects that are currently underway in the Nepalese Himalayas backed by Chinese capital are often touted as ‘Gifts’ (The Kathmandu Post 2015). Among its many gifts, highways to facilitate physical connectivity across the China-Nepal border have resulted in a re-routing of earlier trade passages. Following the 2015 Nepal earthquake, building, re-building, re-opening border points and re-routing of trans-Himalaya trade routes have become the main points of convergence for the two countries. This paper assesses the competitive geopolitical interests that have thus converged and been advanced by infrastructure building in the Nepalese Himalayan borderland.