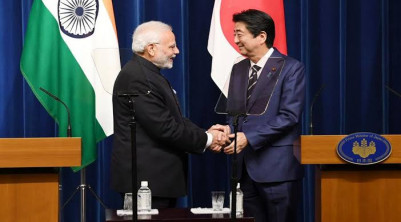 This paper uses Nationally Determined Contributions (NDCs) as submitted by India to the United Nations Framework Convention on Climate Change (UNFCCC) as a research tool to assess the success of India’s path towards renewable energy. It maps the blueprint India has been following to achieve its NDCs and traces the shortcomings and challenges for the same. This analysis has then been compared with Japan’s evolution of Energy Policy, with specific emphasis on post Fukushima disaster energy transition, and in lieu of Japan’s own NDCs. By using a comparative analysis framework, it has been shown how and in which broad policy areas there emerges a mutual scope for cooperation between the two countries, which are not only on the same path of diversifying their energy mix but are also looking at the role of green leadership in future in the Asian region as well as globally.