Wedding Gift New Regulations 2021: Is it really true caili* is gone? Is demanding ‘bride price’ now against the law? 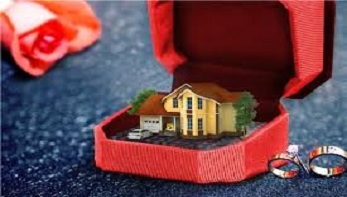 Caili (pronounced tsai lee) or “Bride price” in English has been described as one of China’s most critical social issues facing the central authorities in recent times. Scholars and commentators call it a political challenge for the Communist Party of China in the face of declining marriage rate, rising divorces and increasingly large numbers of urban and rural women choosing to stay single or unmarried. Caili, China’s centuries-old tradition has become a big obstacle, especially since rising urban incomes for the middle-class population following the implementation of reform policy forty years ago. More recently, as China’s demographic balance has been tilting in favour of male populace – according to China’s official data released in 2016, the country had 33 million women fewer than men – “hunt” for a bride has turned caili custom into “dowry bargain.” Just as in India today, demanding or offering dowry is a punishable crime, in China too asking for “bride gift” or “bride price” has been illegal for some time now. However, the practice has been not only thriving but the list of demands under marriage bargain is ever-growing.