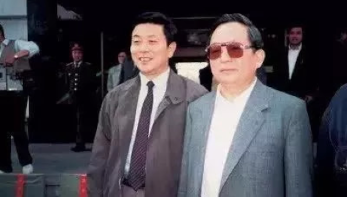 Tian Jiyun (born on June 4, 1929, in Feicheng, Shandong province) became CPC member at the young age of 18. He appeared on China’s national political stage as a strong supporter of Deng Xiaoping’s Reform and Open Door Policy. From 1981 to 1983 he served as the deputy secretary general of China’s State Council. In 1983, he was promoted to the post of secretary general. He was inducted into the CPC polit bureau in 1987. He served as vice premier of the State Council between 1983 and 1993. He was elected the vice chairman of the NPC for two successive terms in 1993 and 998, respectively. He has the unique distinction of serving a galaxy of top Party and the PRC leaders from Hu Yaobang to Zhao Ziyang to Jiang Zemin to Li Peng. He drew everyone’s attention after he unleashed a fierce attack on the anti-Reform “leftists” in a speech delivered at the Central Party School in Beijing in 1992. In the speech, Tian Jiyun advised the “leftists” to establish their own “economic zones” where they can preserve all the “worst” features of the old Maoist era. He stepped down from active politics in 2002 – Translator’s note.