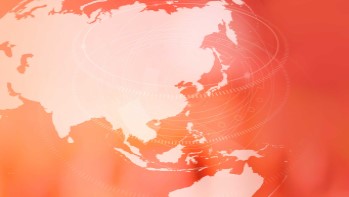 The Japanese government has gradually learned to rearrange its policy priorities to deal with the stagnation post-bubble burst and engagements with international players based on significant structural changes at the global level. Since the early 2000s, the Japanese government has formulated several growth strategies which reflect their policy readjustments from time to time in compliance with domestic and international structural changes.

In early 2000, Liberal Democratic Party attributed Japan’s exit from its decade-long recession to its strong export to the western markets (the US and Europe) which accounted for two-thirds of Japan’s real GDP growth. This growth pattern was majorly disrupted by the onset of the 2008 Global Financial Crisis. In order to address this setback, the newly instated Democratic Party of Japan under the leadership of Prime Minister Yukio Hatoyama released the ‘New Growth Strategy, 2010 which aimed for an ambitious target to increase its nominal GDP growth by 1.4 times to 650 trillion yen and to lower joblessness rate to less than 3 % by 2020. His successors too have formulated growth strategies with similar aims.  The important growth strategies after PM Hatoyama’s were that of PM Shinzo Abe’s Revitalization Strategy, 2014. Each of these growth strategies addressed important structural changes at both domestic and global levels in the past 10 years. Even though a few key areas of investments and policy priorities have changed with every growth strategy what remained conspicuous was Japan’s strive towards strategizing infrastructure investments and technological innovation leading to market creation and establishment of strong political and economic relations with the Asian countries.