Taiwan: The First and Oldest ‘Thorn’ between China and the West 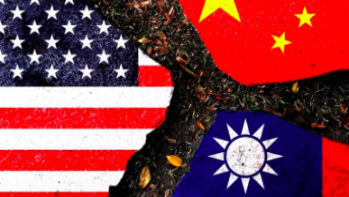 Over three hundred and fifty years ago, when the West lost its first war with China over Taiwan, the technological level between the two sides was fairly even. But the Dutch, then the most dynamic colonial power, paid a heavy price for misbelieving “China might have invented gunpowder but we possess superior guns.” Today, the world is witnessing China’s rapid rise and the US is in decline. And Taiwan has returned as one of the thorniest issues in the US policy toward China under the Biden administration. Almost five months have passed but the new White House is yet to completely formulate its China policy framework. But as they say, the proof of the pudding is in the eating. In April third week, the US Senate’s Foreign Relations Committee sent to the Congress the US Strategic Relations Act of 2021 passed by 22-1 vote. The Act is filled with references to “closer US ties with Taiwan.” The Act, as expected, angered Beijing which accused Biden administration of hyping up the China threat theory. The question is, will Taiwan once again bust the Western (aka US) superiority myth?