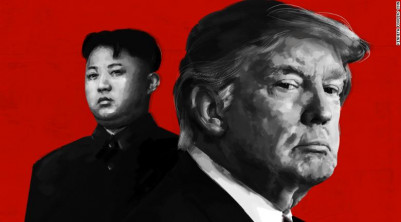 In recent months, a window of hope has opened up and there is a possibility that intractable North Korean nuclear issue might be resolved. Two important summits, one between the leaders of South and North Korea and another between the leaders of the US and North Korea might change the security equations of the Korean peninsula and bring about the denuclearization of North Korea. One of these summits has been successfully held on 27 April 20018 and the other is scheduled to happen on 12 June 2018 in Singapore. It’s undeniable that there have been efforts behind the scenes and also that these summits are products of a process which began when North Korea agreed to participate in the Pyeongchang Winter Olympics (Council on Foreign Relations 2018) held in South Korea in February 2018. However, the two summits have their own salience. It must also be underlined that in the inter-Korea summit, the two Koreas are equally eager because of their own strategic calculations, but in the US-North Korea summit, both Washington and Pyongyang still have a huge trust and perception deficit. There are still serious doubts that the second summit meet would be able to bring the desired results.