Recent Initiatives to Promote China Studies in India: A Preliminary Report and Assessment 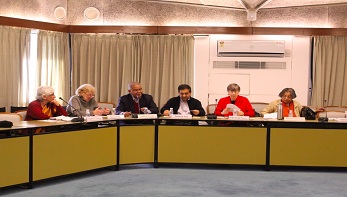 With almost every aspect of life in today's world feeling the impact of an increasingly powerful China, the strategic importance for India of studying China seriously hardly needs to be emphasised.  Yet, although the "buzz" about China has certainly increased, it is apparent that this has not necessarily translated into a more informed understanding of China here in India. In connection with activities to mark its 50th anniversary, the Institute of Chinese Studies, Delhi, felt that it would be appropriate to conduct an assessment of the state of China studies in India. Hence this report, which is based on a survey that was carried out in 2019 and early 2020.

Since ICS had already in 2006 organised a conference on the theme of China studies in India and produced a report based on it, it was decided to focus on what has been happening since that time.  In other words, our brief was to look into initiatives taken in the last ten to fifteen years to promote China studies here and to assess how fruitful these have been as well as the challenges that remain.  We were aware that this has been a period of much more dense interactions between India and China, particularly in the economic sphere.  Interest in China among the wider public and coverage of it in the news media in India has also significantly increased.  We wanted to see how these developments had if at all impacted the serious study of China in India.