Reason and Ethical Decision-making in Korea and India 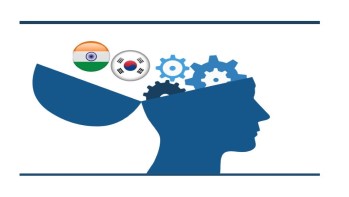 When confronted with the question of decision making in any circumstance, very often, human beings have various alternatives to evaluate and choose from. This process involves, firstly, being aware of the various alternative options and their consequences, then weighing and evaluating them and finally, choosing the best option and implementing it. This is where the question of ethical decision making comes in, which requires eliminating the unethical options. What aids a person in making ethical decisions? Herein lies the issue of the process of reasoning, as much as the conditioning of the mind at arriving at ethical decisions.

There are various views of scholars and theorists regarding how human beings get guided on what is morally right or wrong. Hume is one of them who holds the view that it is more a function of moral norms or emotional response which manifests itself in the forms of approvals and disapprovals. On the question of whether these moral norms are guided by natural instincts or by conventions set by humans that guide through approvals and disapprovals, Hume holds that some actions are natural and some guided by convention.

Based on Hume’s theory this paper aims to see what are the natural instincts or conventions of reasoning or conditioning of the Korean and Indian mind that shape its ethical decision making process. It strives to understand how the philosophical moorings of Indians and Koreans lay the foundation for social values and norms of behaviour in the two countries in the present times. The objective is to use a comparative analysis methodology to assess whether ethical decisions lead to efficient outcomes in the two countries.