On a visit to the Soviet Union in 1957 Chairman Mao was shown three “secret films,” inspiring him to launch a top-secret mission on his return 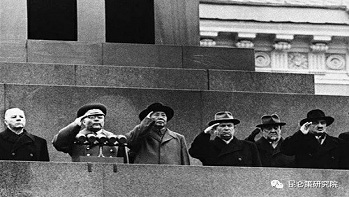 In November 1957, Mao Zedong was invited to visit Soviet Union; this was his second and the last visit to the country. On December 16, 1949, Mao Zedong led a delegation on his maiden visit to the Soviet Union. That was the time when the Sino-Soviet relation was in its honeymoon phase. Mao Zedong and Joseph Stalin held talks, both the sides signed the “Sino-Soviet Treaty of Friendship, Alliance and Mutual Assistance”, which turned out to be a huge success considering the assistance New China received from the Soviet Union in its pursuit of economy building. During his second visit, Mao Zedong was invited to watch three secret films. Having watched them, he was profoundly stirred. Immediately on returning to China, he initiated a major top-secret task. This article will take you along on a look back journey to this rarely known phase of history.