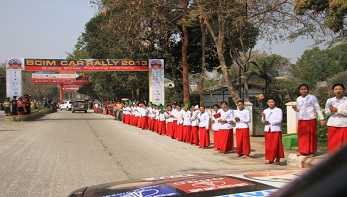 Two full decades after several rounds of Track II meetings and setting up of BCIM-Economic Corridor Inter-Governmental Joint Study Group in 2013, the Bangladesh-China-India-Myanmar (BCIM) initiative remains far from being formalised both as an idea and institution.  It is still a living idea that has huge potentials surrounded by uncanny scepticism. How, why and who actually advocated the idea of BCIM-EC and its sudden introduction still remains a question. The BCIM-EC in fact provided appropriate fitting in China’s grand scheme of the Belt and Road Initiative which together acquires the shape of a venture of strategic compulsion for China to access the Indian Ocean. Severely underutilised operational capacity in Hamnbantota port uilt by China reinforced this northern entry through the Eastern flank of Indian Ocean where Bangladesh and Myanmar stand to be inevitable partners.