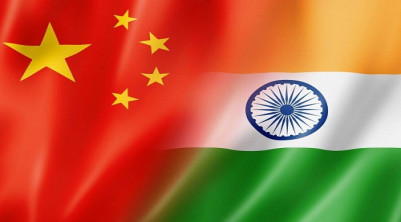 "Most of the literature on China’s relations with Middle East begins and ends with oil. As cited by Nigel Thalakada, China is pursuing a 'maxi-mini' strategy, maximizing its security and economic benefits while minimizing its responsibilities. China's insistent urge for peaceful political settlements to interstate conflicts not only preserves Chinese narrative of state sovereignty and non-intervention in external affairs of other states, but also helps it to maintain its desire to project its image as a responsible power, in line with international norms. With the Belt and Road Initiative and China's global rise and willingness to be a part of the global governance, by 2017, China has been found mediating in nine conflicts as compared to three in 2012. China's national interest also plays a role, as the instability in the Belt and Road regions could be detrimental to trade flow and investment. However, even though China has been sending special envoys to war-torn countries, China's special envoys are not entrusted with mediation roles, as are those from other major powers. The paper will analyze China's mediator role in Libya, Sudan, and Syria. In analyses of China’s past mediation practices in the region, it also analyzes other potential reasons for China’s increasing mediation efforts in the Middle East that are completely divorced from except economic concerns"