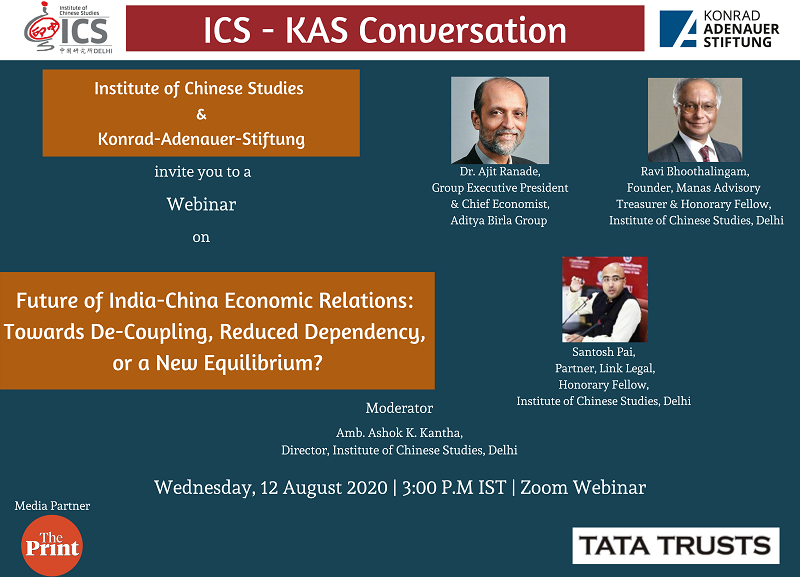 As the relationship between India and China spirals towards a new low in 2020 post-Galwan, we take stock of what exactly this could mean for the future of economic engagement between the two countries. India has so far resorted to three major asymmetric measures with significant impact on economic links with China. First, a new FDI approval requirement was imposed on 17 April on investments with beneficial ownership in countries which share a land border with India. Then, fifty-nine internet applications launched by Chinese developers were banned on 29 June on grounds of national security in a bellwether move. The latest measure is the introduction on 23 July of a prior registration requirement including security and political clearance for bidders from countries sharing a land border with India which seek to participate in tenders for procurement of goods, services or works. While China has strongly protested these measures, it is yet to take any significant retaliatory action and India is expected to unveil more such measures. India’s trade dependency on China in several sectors has come under sharp focus with calls for self-reliance from India’s government. Policy initiatives have been taken to promote domestic manufacturing in specific sectors, such as, electronics, Active Pharmaceutical Ingredients, and textiles. Clearly, it is no longer business-as-usual of pursuing enhanced trade and economic linkages with China, insulating them from the boundary question and other outstanding issues. Are we heading towards a measure of economic decoupling with China? Is such decoupling feasible or desirable? Is India seeking reduced economic dependency vis-a-vis China, a trend visible in other countries as well in the Covid era? Will India-China economic relations settle down at a new equilibrium? What will be the impact of these changes on the Indian economy which has been seriously affected by the pandemic? Will China retaliate, and if so, in what form? These and other related issues will be discussed in the ICS-KAS Conversation.

Dr. Ajit Ranade is the Group Executive President and Chief Economist at Aditya Birla Group, a multinational conglomerate with businesses ranging from manufacturing to services. Ranade is a member of national committees of apex industry associations. He has served on key committees of the Reserve Bank of India. His career has spanned both academia and the corporate sector. He currently serves on the boards of some companies as well as research and academic institutions. He writes regularly in the press on current economic and social topics. He is an engineer and MBA by training and has a PhD in economics from Brown University, USA. He received the Distinguished Alumnus award from IIT Bombay in 2009.

Ravi Bhoothalingam is currently Founder and Chairman of Manas Advisory, a consultancy practice focusing on business and cultural relations with China, Mongolia and Myanmar. He is Treasurer and Honorary Fellow at the Institute of Chinese Studies, Delhi. He holds a Masters degree in Experimental Psychology from Gonville and Caius College, Cambridge University, when the renowned Sinologist and scientist Joseph Needham was Master of the College, and also holds an AMP from Harvard. He is a member of the Confederation of Indian Industry (CII) Core Group on China, Fellow of the Royal Geographical Society, London and sits on the Editorial Boards of China Report and World Affairs, two international journals published out of India. He recently authored an Occasional Paper for ICS titled 'What Future for India-China Economic Relations?'

Santosh Pai has been offering legal services to clients in the India-China corridor since 2010. His areas of interest include Chinese investments in India, India-China comparative law and policy, cross-cultural negotiations and board governance. He holds a B.A., LL.B. (Hons.) degree from NLSIU, Bangalore, LL.M. (Chinese law) from Tsinghua University, Beijing and an MBA from Vlerick University, Belgium (Peking University campus). His manuscript "Practical Guide on Investing in India for Chinese investors" has been translated into Chinese and published by China Law Press. Santosh Pai is Honorary Fellow at ICS, and a partner at Link Legal, an Indian law firm. He is a member of CII's Core Group on China, teaches two courses on India-China business at IIM Shillong and volunteers at NGOs in his free time. 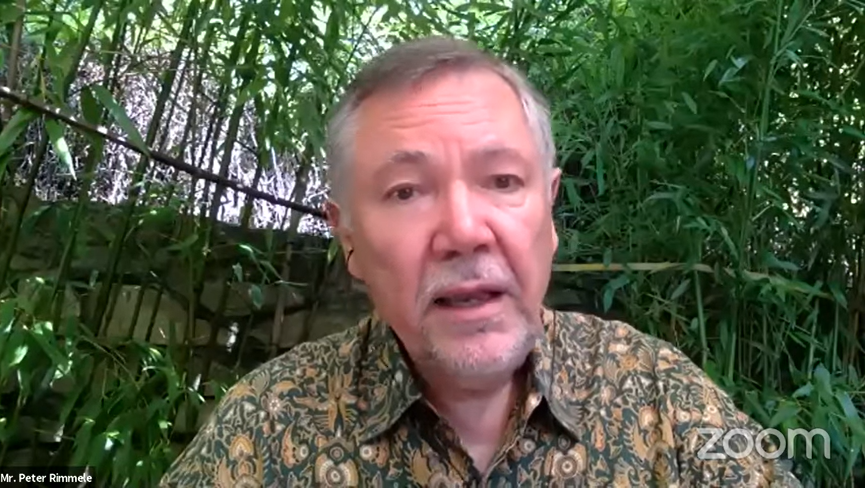 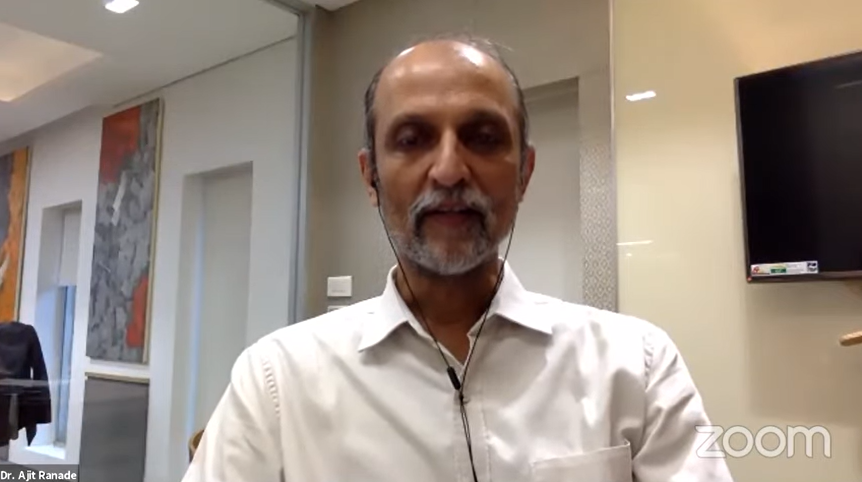 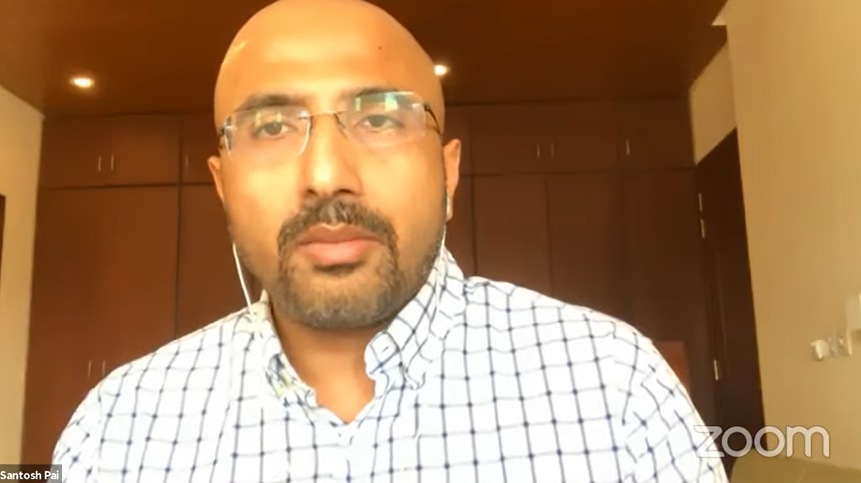 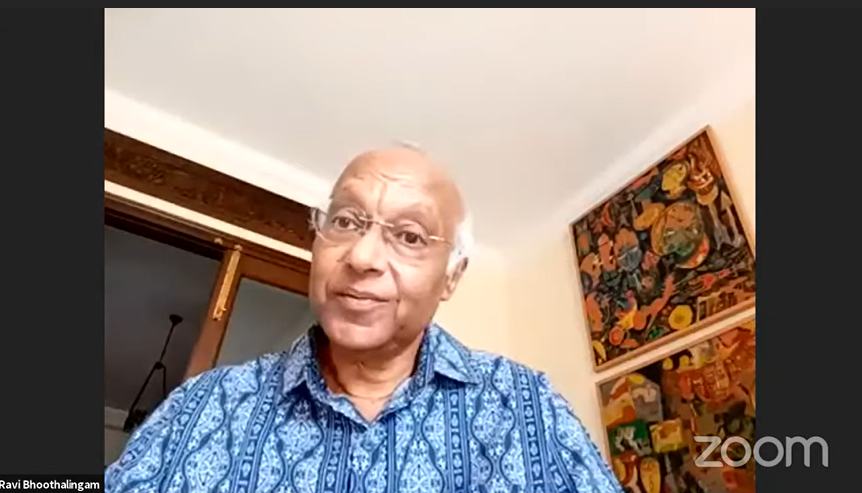