In August 2018, Shenzhen government announced the decision to provide 1 million units of subsidized housing by 2035. This move has been seen by many as an effort to retain skilled workers for whom high housing prices in the city had become a major cause of concern. According to a recent survey, Shenzhen had become one of the five most expensive cities in the world to buy a home. Property prices in the city had increased by 27 percent over the past decade. President Xi Jinping’s cautionary note that “houses are for living, not for speculating” at the 19th National Congress of the Communist Party of China in October 2017, underscored government concern about property speculation and the issue of unaffordable housing. The decision to provide government subsidized housing could then be read partly as a response to this concern. Moreover, Shenzhen also forms a crucial part of the larger Greater Bay Area Plan that seeks to boost regional development in the area by 2035. Its role as the hub of innovation and public services within the Plan then implies ensuring better conditions, including better housing opportunities for skilled workers who form the backbone of its rise as the hi-tech capital of China.

This talk attempts to understand the rationale behind the recent policy initiative and locate the need for housing reform within the failures/ limitations of the first housing reform in Shenzhen in 1998. It will, thus, trace the trajectory of housing reform and examine the role played by the state and market forces in shaping the development of affordable housing in the city. Further, it will also explore the challenges posed in the implementation of the new policy as Shenzhen adopts the Singapore model of public housing.

Reeja Nair is a Research Associate at the Institute of Chinese Studies. Her research broadly centres on issues related to labour, housing and urbanisation in post-Mao China to present. She is particularly interested in understanding how workers navigate the city spaces in a rapidly urbanizing China, and a comparative assessment of these issues in the Indian context.

Reeja recently submitted her PhD thesis titled, 'Workers and Urban Spaces in Post-Socialist China: A Study of Community, Leisure and Resistance, 1994-2008', at the Centre for East Asian Studies, Jawaharlal Nehru University, New Delhi. She completed her MPhil from the same centre. Her MPhil dissertation examined the making of China's labour laws in the post- Mao period. She holds a bachelor’s and master’s degree in History from Miranda House, University of Delhi (specializing in Modern Indian History). In the past, she has worked as a Research Assistant at the Institute of Chinese Studies, on an ICSSR Project titled, “State Responses to Social Welfare in China and India: A Comparative Study of Workers in Small and Medium Enterprises” 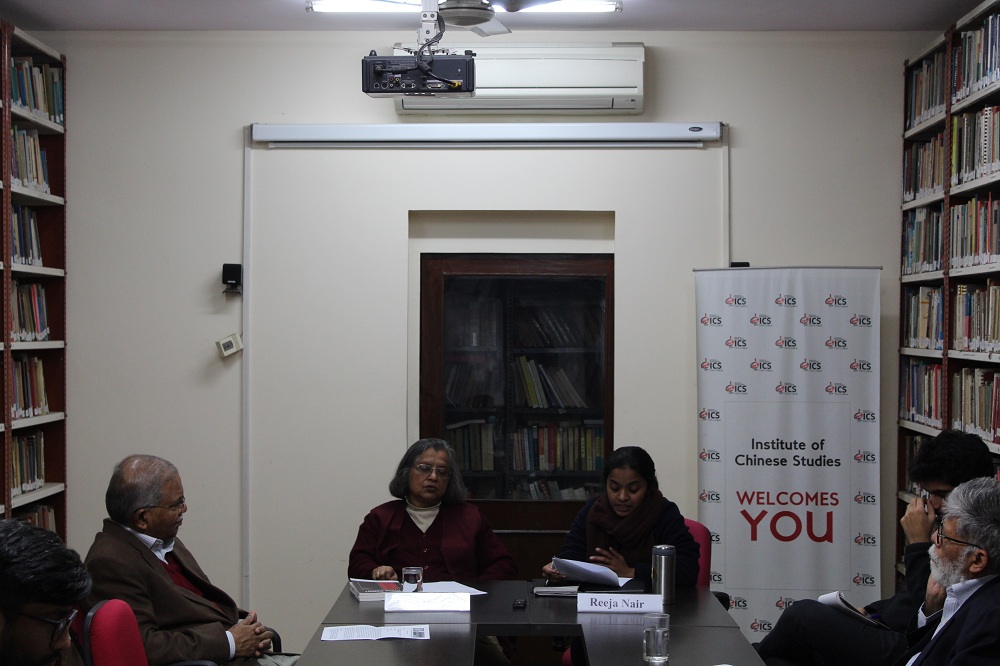 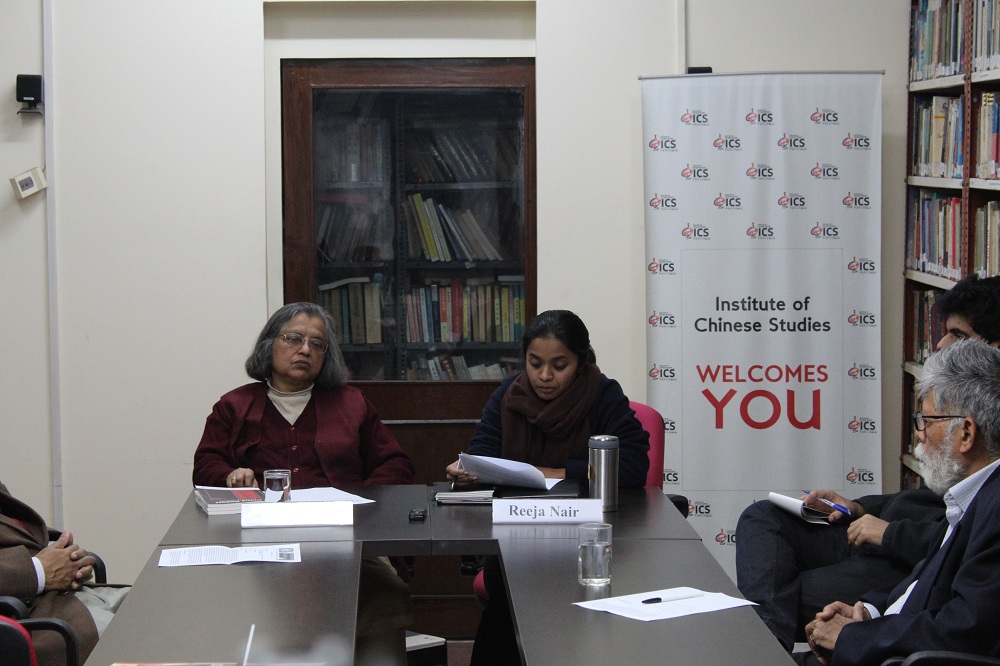 Beyond Compulsory and Acquisition: The Land Development Approaches in India and China

Belt and Road from the Ground Up

Air Power: Holding Back the Dragon