There is a general sense that backing Pakistan’s cause on the abrogation of Article 370 by India and by picking up its all-weather-ally’s cause for rallying international support at the UNSC, Beijing is ‘meddling’ in New Delhi’s internal matters. In many ways, this may be true. Do not forget Beijing’s impeccable consistency in choosing Pakistan over India, even though Islamabad is faulty on many counts – take Masood Azhar for one. Why Thucydides Trap? On who caused the Doklam standoff two years ago, many experts in the two countries and at least a section of the Western commentariat believe that the 73-day long military standoff was a result of Indian petulance. The raison d'être being the gradual emergence of a Thucydides trap, where an emerging power (India) threatens an established one (China). Why Ah Q-ism? The term has been coined in modern Chinese literature after Ah Q – the eponymous protagonist of Lu Xun’s The True Story of Ah Q – who is famous for his “Ah Q mentality”. Some Chinese academics have likened India’s Kashmir move to Ah Q-ism, a derogatory term used to describe someone who chooses to not face up to reality and deceives her-/himself into believing s/he is successful.

Hemant Adlakha, PhD, is an Associate Professor of Chinese, Jawaharlal Nehru University, New Delhi. He is also an Honorary Fellow with the Institute of Chinese Studies. His areas of research include political discourse in the PRC and modern Chinese Literature and Culture. His PhD dissertation was on ‘Modernization and the State in Contemporary China: Search for a Distant Civil Society’. He has published several articles in Chinese and in English. He is a member of the International Editorial Committee, International Society for Lu Xun Studies, Seoul (ROK). His most recent publications include, ‘Confucius’ in Encyclopedia of Race and Racism, 2nd Edition, Gale Cengage Learning, Macmillan Reference, USA; a chapter in “BRICS: A Key Mechanism in Beijing’s Global Governance Strategy”, in BRICS and Multipolar World (Edited Volume), Academy of International Studies, Jamia Milia Islamia, Delhi (2019 Forthcoming); “The CPC and the Tibet Question: Revisiting Hu Yaobang’s Historic Visit to Tibet in 1980,” in Tibetan Review January 30, 2019. He also recently completed co-translation of Lu Xun’s prose poetry collection from Chinese into Hindi, which is due for publication in September 2019. 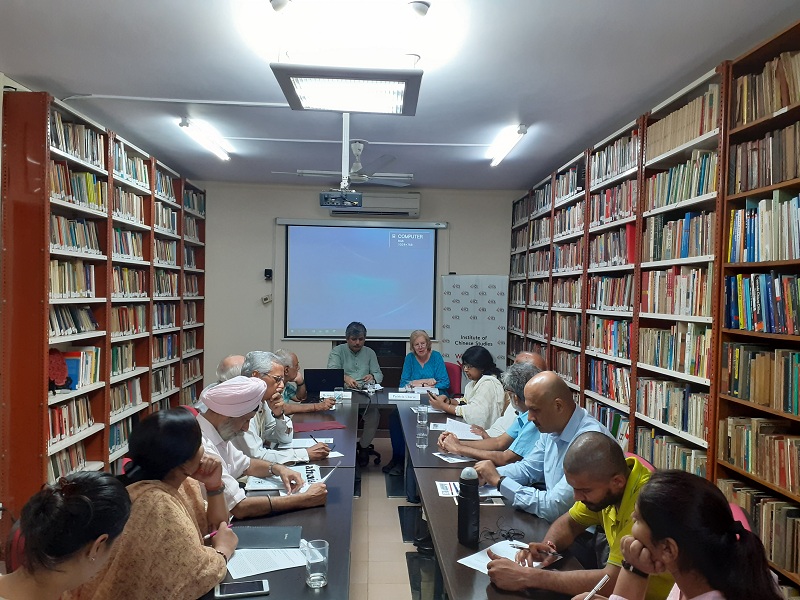