Between Two Worlds : British India, Qing China and the Technologies of Empire-Making in Tibet in the Nineteenth Century

How was Tibet constructed as a cartographic “truth”? The accumulation of knowledge about Tibet and the Himalayan borderlands emerged from a diverse range of initiatives and interests. The standardization of cartographic practices and the rise of geography as a science through the 1900s led to new and universally readable ways of seeing the world. This talk studies the discursive and socio-technological practices of geography, cartography and ethnography, as technologies of empire-making employed by two states, British India and Qing China, to explore, identify, and spatially constitute ‘Tibet’ through the nineteenth and early twentieth centuries. Tibet’s position as a frontier zone for two very different empires was responsible for its specific production as a space at the interface of the discourses of scientific accuracy and romance, as a contested space that appeared to defy the advent of modern science, and by extension, modernity itself. However, these narratives of romance and fantasy cloud the larger imperial projects that brought Tibet onto the modern map. Drawing on archival and literary material, this talk demonstrates the differential nature of British India and Qing China as informational and extractive states, and further, studies competing forms of knowledge production about Tibet to interrogate the construction of science as a "global truth" in the nineteenth and early twentieth centuries. Far from being a minor footnote in history, the story of how Tibet was mapped and produced as both a cartographic and narrative entity is squarely placed in global discourses about modernity as they are written through the language of science and accuracy.

Sayantani Mukherjee is a Ph.D candidate in International and Global history at Columbia University, New York. She received her undergraduate degree in History from Lady Shri Ram College, Delhi University, in India. Between 2013 and 2014 she worked as a research assistant at the Institute for Chinese Studies, New Delhi. She holds an MA and an Mphil in Modern History from the Centre for Historical Studies, Jawaharlal Nehru University, in New Delhi. She spent 2017-2018 as a FLAS fellow at the International Chinese Language Program at National Taiwan University in Taipei. She is currently writing a dissertation on the history of cartography and state imperialism in Tibet in the late nineteenth and twentieth centuries, which she plans to defend in May 2021. Sayantani’s research and writing is supported by grants from Columbia University and the Sasakawa Foundation. 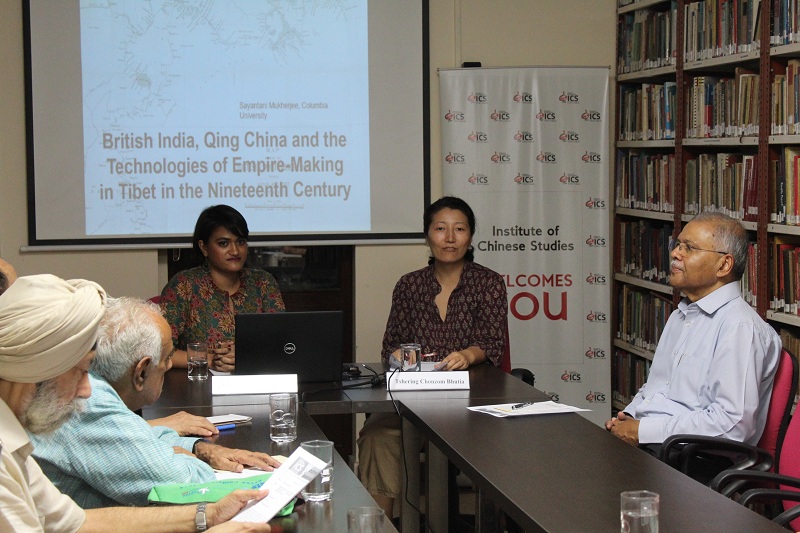 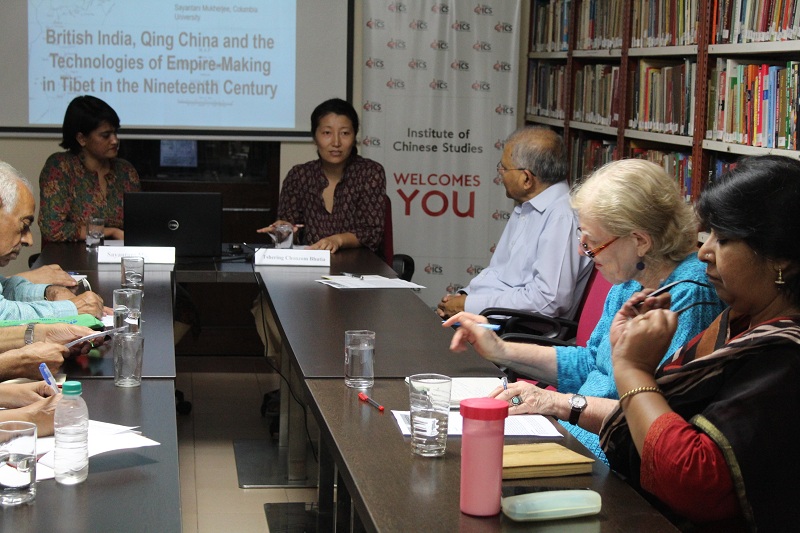 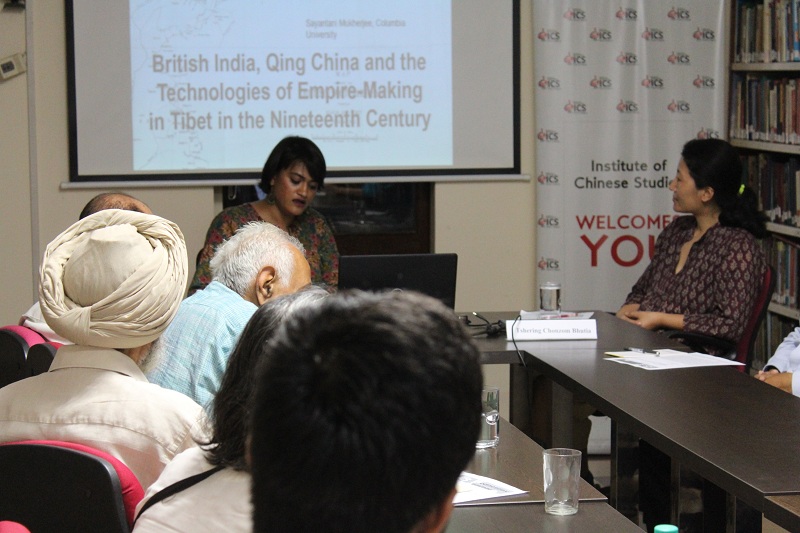 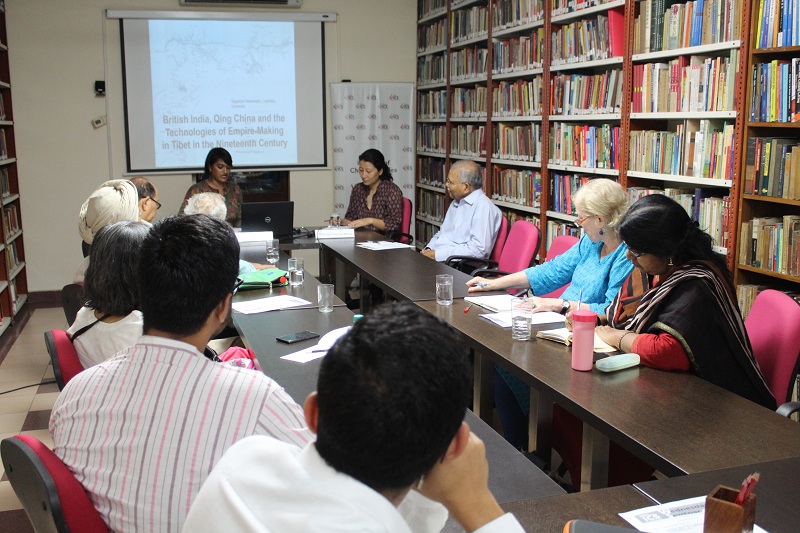