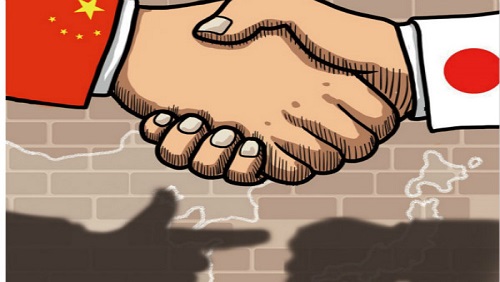 The relations between the People’s Republic of China and Japan are one of the most sophisticated and important relations in the contemporary world. Both states, at present, are the world’s secon and thirdlargest economies and bilateral trade between them well exceeds above US $300 billion. To characterise Sino-Japanese relations, the phrase ‘Cold Politics and Hot Economics’ has often been used in contemporary literature. Indeed, there has been myriad differences and contentious issues between China and Japan, and political relations between them in the last two decades have been quite restive. However, the economic relations between them have largely been unaffected and both states, so far, have managed to keep afloat their bilateral relations. In this backdrop, this paper seeks to describe and analyse the factors and elements which necessitate both states to engage with each other and thus enable them to maintain their bilateral relations.