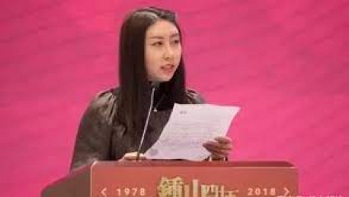 Well known writer Jia Pingwa's daughter Jia qianqian, who is known as a poet and is an Associate Professor, North Western University (Xi’an), recently became popular on the internet for posting her poems, mainly, Lang Lang and My Mother. She was heavily trolled by the netizens for the use of words like, "shit" and "urine" in her poems. Several social media opinion platforms and media commentaries questioned her skill as a poet and accused her of winning favours in terms of literary awards and honours owing to her father's powerful position. The article first brings out all possible angles of reactions to Jia Qianqian's 'pee poetry', namely of netizens, commentaries as well as literary figures. Then, it goes on to take a rational view and analyses the poet’s earlier poetic creations and reviews of her work by renowned figures in literary circle. The article mentions Jia Pingwa's message to his daughter and also brings out her exclusive views on her own creativity. Unlike on social media, the literary circle is defending Jia Qianqian, and the article provides an overview on their reasons to do so.