Growth of Shipbuilding in China: The Science, Technology, and Innovation Route 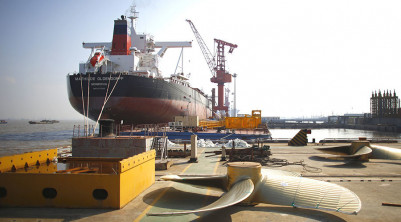 Chinese shipyards from being mere shipbuilders in the 1990s are today the industry leaders. In the last three decades, the Chinese shipbuilding industry has transformed from a ‘basic ship producer’ to an industry, focusing on ‘high technology’ and ‘support equipment’. This has allowed them to dominate the world market in both commercial and naval shipbuilding segments with 70 per cent of China’s shipbuilding produce being exported to 91 countries and regions, including countries like Greece, Norway, US, UK, Japan, South Korea, and Germany. This enormous growth has been aptly supported by a judicious mix of public and private enterprises in the field of science, technology, and innovation that provides many a lesson for the world. This essay aims to identify these efforts and strategies that have supported the growth of shipbuilding in China and possible lessons to be drawn by developing maritime nations for their own growth.

Growth of Shipbuilding in China: The Science, Technology, and Innovation route