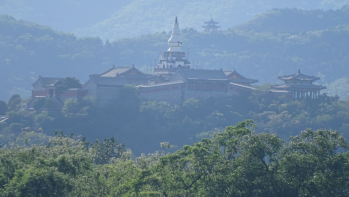 In December 2020, at the Climate Ambition Summit which was held to commemorate the fifth anniversary of the Paris climate accord, President Xi Jinping while addressing via video link, pledged to have carbon dioxide emission peak before 2030 and achieve carbon neutrality by 2060. Also, China is the first developing country to adopt and implement a national climate change program and submit its intended nationally determined contributions (INDCs) to the Unite Nations Framework Convention on Climate Change (UNFCCC).  In June 2017, when President Trump decided to withdraw from the Paris Agreement, it led global climate governance into a transitional era. This situation not only created an opportunity but also posed a challenge for China, the largest emitter of greenhouse gases (GHGs), with the largest population in the world and also the fastest-growing trillion-dollar economy. It is imperative and interesting to study the transition in China’s position in the international climate change negotiations. This paper is an attempt to study how China’s Environmental Diplomacy is shaped by its domestic issues. It is also interesting to find how China prioritizes the issues it needs to tackle in order to maintain its domestic stability.  For this study, various primary sources (Chinese Language Sources) are studied to analyze the evolution of China’s Environmental Diplomacy, its development, and the current posture, which will also help in understanding how the Chinese leaders have perceived the global environmental regime and how have they developed their participation strategy.