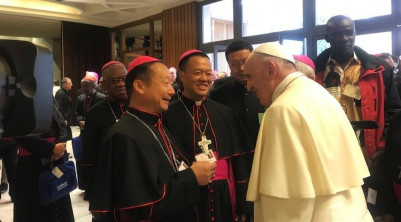 A new era for the Catholic Church in China began when the Vatican reached a ‘provisional agreement’ with the Chinese government over the right to appoint bishops in China. The accord broke a nearly 70-year impasse between Beijing and the Vatican. Despite this positive development, the agreement is being questioned for its lack of transparency. The exact contents of the “provisional agreement” are being kept secret, since the process of naming and vetting of the candidates for bishoprics is not clear. It remains to be seen if the Pope would have the authority to veto a candidate favoured by Beijing? As a part of the agreement, the Pope will reconcile seven "illegitimate” bishops (bishops ordained without the papal mandate). There are divided views on this agreement. In some quarters it's hailed as an important step towards rapprochement while in others it's denounced as a betrayal. In order to understand why this agreement has triggered such strong opinions, the author has attempted to shed light on the risks, hopes and unanswered questions about the current state of Vatican-China Relations.