China as a Factor in Taiwan’s National Cyber Security Strategy 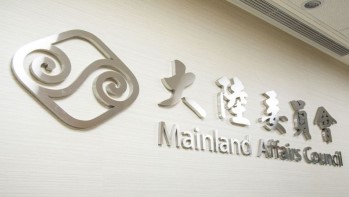 In today’s information age, cyberspace is closely linked with economic prosperity, security and integrity of a nation. Therefore, cyber security has been elevated to the level of national security by many countries, and Taiwan has also done the same. Ever since cyberspace was declared as the fifth war-fighting domain by the US, many nations have invested in the new domain so as to build both offensive as well as defensive capabilities. In recent past many nations have published some form of National Cyber Security Strategy (NCSS). Taiwan has also released its own version of NCSS. NCCS is considered as the official document through which most of the nation states elaborate their national visions, guiding principles, perceptions of the threat and strategic objectives. In a post COVID-19 and post Russia-Ukraine conflict world, it is imperative to analyse Taiwan’s NCSS, in order to understand Taiwan’s priorities, concerns and strategic objectives in cyberspace. It is also crucial to study how China, being the most dominant players in 5G and artificial intelligence technologies, is perceived in Taiwan’s NCSS.

By using qualitative and quantitative methods, and by using both Chinese and English language primary and secondary sources, this paper attempts to study: Taiwan’s strategic objectives and priorities in cyberspace; how is China perceived in Taiwan’s cyber strategy; what kind of role Chinese capabilities play in shaping Taiwan’s NCSS; and how Taiwan plans to develop its cyber capabilities in order to counter China in case of a crisis or conflict.