China and the UNCLOS: The Legal Status of China’s Claimed Area in the East China Sea and Its Implications among the East Asian Countries 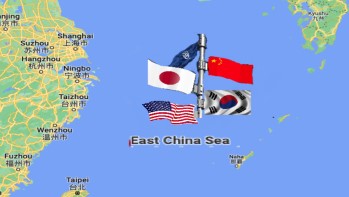 The United Nations Convention on the Law of the Sea(UNCLOS) sets out the legal framework applicable in demarcating the Maritime areas and activities in the oceans. However, since a couple of decades, the discovery of natural resources and national security concerns have made some countries to interpret the laws of convention based on their national interest and have resulted in overlapping claims and hostile situation. East China Sea is one of the hotspots for such claim, like Japan draws straight baseline for demarcating its maritime zones and China claims the major part of China seas on a historical basis. The overlapping maritime claims and hostile situation have resulted in military build-up in East China Sea, which is a matter of concern for the global community because China Sea is one of the mainstream sea route for the maritime transportation. Since, UNCLOS is an outcome of collaborated efforts of all the members countries. It is incumbent for all parties to reach an agreement and methods for an amicable solution based on International law and norms for the resolution of the maritime issues in the east China sea.