She was the Book Review Editor of the Sage journal China Report from 2007-2013. Her publications include China and the Naxalites (1990), Mao, China’s Intellectuals and the Cultural Revolution (1998), Taiwan Today (2007, edited with Anita Sharma) and a National Book Trust document, China (2007).She has also published a number of China-related chapters, articles and write-ups in books, journals and newspapers, respectively.

On academic assignments she has traveled to Russia, Japan, South Korea, Taiwan, Hong Kong, Nepal, the United States, and several times to China. She is on various China-related panels in Indian universities and government-run research and educational organizations. Several television and radio news channels, including the BBC, invite her to comment on issues concerned with China and East Asia. In the year 2010, then Chinese Premier Wen Jiabao felicitated her with the China-India Friendship Award.

The respective paths charted by China through its reform and opening up and India through its policies of economic liberalization have complemented each other... 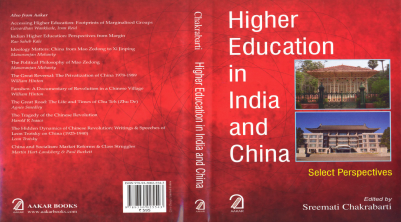 The PRC’s achievements in basic education, in comparison with most developing countries, have not been disputed. At Liberation in 1949 the literacy rate was less than twenty percent and by the turn of the century it reached eighty-five percent.